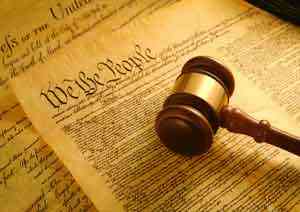 Today, 85 members of the United States Congress filed an Amicus Brief before the United States Supreme Court in support of religious liberty, as part of the biggest case that addresses the First Amendment’s rights affording Freedom to Worship in more than a half century.

Among those penning his name to this brief is Colorado 5th District Congressman Doug Lamborn. I applaud and support Congressman Lamborn in this case.

Impact of the Supreme Court’s decision in this matter will be significant. It may well open the door for expressions of faith and freedom to pray to return to school graduations, football games and other public events.

The case is the Town of Greece (New York) v. Susan Galloway and Linda Stephens. The Amicus Brief just filed, signed by the 85 members of the US Congress, can be read at the following link:

Ken Klukowski, J.D., director of the Center for Religious Liberty at the Family Research Council (FRC) filed the Amicus Brief  before the US Supreme Court for the 85 members of Congress in support of the Town of Greece, the petitioners.

“It is likely that the town of Greece will prevail before the U.S. Supreme Court in this case, and a victory for them will be a victory for all Americans of faith and for the Constitution itself,” Klukowski said in a statement to the Press. “Given that the Court has looked approvingly to legislative prayer dating to the Founding, it is likely that the Court will not only affirm prayer but significantly strengthen the religious liberty rights of Americans in public life and the public square.”

The Respondents, Galloway and Stephens, held that the town council holding prayer before they met in session violated the First Amendment’s “Establishment Clause.” They said that holding prayer established a religion by the State. The United States Court of Appeals for the Second Circuit ruled that the use of public prayer before town meetings in the Town of Greece, New York violated the First Amendment’s clause that prohibits an establishment of religion.

The Town of Greece, New York included all faiths and non-faiths, including Wiccans and atheists, in their town meetings’ opening procedures, affording all people the opportunity to express their faith, and to not participate in those expressions of faith. Wiccans were given opportunity to express faith. Atheists were also given the floor to disavow faith in God if they chose.

In my opinion, such is exactly what Thomas Jefferson and the other authors of the Constitution of the United States had in mind when they wrote the First Amendment in 1789 and presented it within the Bill of Rights before the first assembly of Congress. The Government of the United States should not require a person to have faith, nor should they require a person to not have faith. Thus they wrote:

“Congress shall make no law respecting an establishment of religion, or prohibiting the free exercise thereof; or abridging the freedom of speech, or of the press; or the right of the people peaceably to assemble, and to petition the government for a redress of grievances.”

Where the Town of Greece, New York may well prevail before the United States Supreme Court, and thereby win back for the people their freedom to pray, is that the Town of Greece did nor force nor coerce anyone to participate in any prayer or expression of religious faith. Affording the People free will to choose to exercise their religious faith or to not participate is key.

Praying before a football game, praying before a city council meeting, praying at the opening of a session of Congress does not make any kind of law establishing any religion. Making a law that respects the “establishment of religion,” is to say that the government picks a faith, like King Henry VIII did when he established the Church of England, and requires all citizens to be members of that faith.

Yet, even King Henry could not eliminate other faiths, and that led to bloody purges by his heirs–Bloody Mary re-establishing Catholic faith and Elizabeth I then killing them. Our founding fathers recognized this and wished to avoid such horrors.

Religious faith should be free will, just as God has given us, His children, Free Will. God gives us the freedom to make our own choices, even whether to believe in Him or to not believe in Him. Likewise our Constitution mirrors this logic.

Thomas Jefferson called the established churches of his time the “Anti-Christ.” And their dogmas (often judgmental, hate filled and murderous) a dung hill. Jefferson was impassioned that We the People should have the Freedom to worship as we wish, without a dogmatic dictatorship ordering us our faith. Therefore, “Congress shall make no law respecting an establishment of religion.”

But, so very important in the same sentence is “…or prohibiting the free exercise thereof….”

The idea of a separation of Church and State is the notion expressed by Thomas Jefferson that there should be a “wall of separation between the church and the state.” He certainly did not intend that to ban faith from government, but to keep religious dogma from dictating to government, as it did in England.

In 1963, the Abington School District v. Schempp case before the United States Supreme Court held that a child could not be forced to pray or to participate in prayer when prayer was said over the intercom. This is reasonable and consistent with the Constitution. The key operative here is, Forced. Likewise, Torcaso v. Watkins in 1961 similarly held that an elected official could not be forced to affirm that he or she believed in God or had any faith. Again correct, and the key operative is also the word, Forced. This is also consistent with Jefferson’s ideal of the wall of separation. The fact that these people were being FORCED to accept or affirm Faith, or being FORCED to participate in prayer did violate their Constitutional freedom to choose to not affirm faith or to not pray. It is the exercise of Free Will. Just as forcing a person to pray denies their free will, so does prohibiting them the exercise of prayer equally denies free will.

However, threats of lawsuits by atheist groups, often hand in hand with the ACLU, intimidate school boards to deny people freedom of religion and free expressions of their faith. These anti-God zealots have today distorted the correct interpretations of religion being forced upon people to that of merely the presence of religious expression violating the ideal of the wall of separation.

When the National Anthem is played or the US flag enters a room, people stand in respect and cover their hearts. They do so freely. They are not FORCED to do it.

The same Constitutional Freedom of expression that allows us to stand or not stand in respect of the National Anthem or Flag, based on the Free-Will logic, applies to public prayer. No one is FORCED to pray, they are FREE to not pray.

And that is the key element in the Supreme Court decisions respecting prayer and the wall of separation, which is NOT part of the Constitution, but is accepted as the logic behind the First Amendment guaranteeing the People Freedom to pray or not pray, as they wish.