I can’t count the times I’ve heard fellow writers puzzle and pull out their hair at what to do to make their books sell. Sell well enough to pay me for all my work researching and writing the bloody beast over the past year, or two, or three? For that matter, just how does a book become a bestseller? Why not mine? 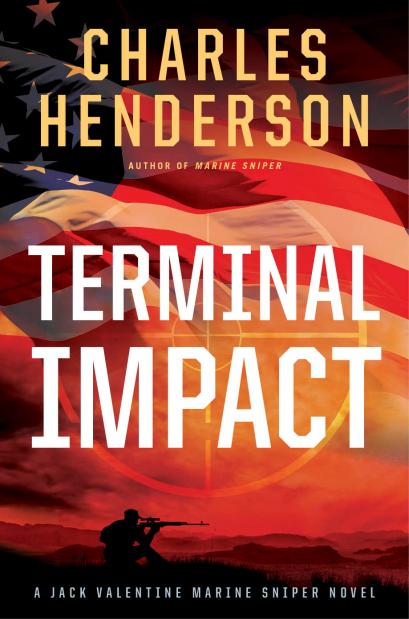 had a good answer to those questions, I’d have a shelf of bestsellers and more coming out the chute. But the truth is, no one knows. Not even the biggest publishers in the world. And they truly want bestsellers. That’s what they live for. Every editor in New York
City spends his or her hourlong train ride to work from Westchester or Long Island
pondering that illusive dream of every author and editor.

Is it luck? Is it just landing in the right spot at the right time with the right story for the
fickle and unpredictable book buying public? Or is it a lot of effort to publicize a well written book, and to market it smartly?
Probably all of the above.

I can put my best efforts forth, and my limited budget, into marketing and publicizing my work. And I can coordinate everything I do with my publisher, who is supposed to be marketing and selling my new book. If I want to make money on the work, and the publisher wants to reclaim his input costs and make a profit, we’ll work together and work hard. But just how hard will a publisher work with my book, as opposed to the thousands of other titles he may have out there?

I have been published by the same major house, now evolved to Penguin Random House, since 1986, and gone through two editors there. In all the years I have written professionally, and done well too, well enough to live on my earnings, I keep coming to the same conclusion: Readers somehow find books they like and buy them, despite the worst efforts of publishers to sell them.

I say that tongue in cheek, because I know, intellectually, that my publisher really wants to sell millions of my books. However, emotionally, I can’t help but feel that their sales department lives inside a box that only contains the limited few bookstores that today exist, and no one at the publishing house and bookstores can see past shelf space. New Media has them all bumfuzzeled.

I pride myself at keeping up to date on the latest technology, and I reach out to my fans and reading audience, many fiercely loyal. However, as fast as public communications today is evolving, I have to admit that I am bumfuzzeled too.

What makes a novel or nonfiction book a bestseller? I think the media has a big part of making a book sell, but ultimately the people who read and chunk up the jing for books (print or digital) have to have a compelling reason to buy the books and make them bestsellers.

How do we build an audience? How do we get our titles to be the talk of the town? Mass marketing. Posting a notice on Twitter gets seen by our typically 200 friends, unless we are a household name. Likewise, friend count on Facebook determines the numbers of people who see your post. Unless you spend some bucks and advertise.

As an experiment, I spent $100 bucks on a Facebook post “boosting” my new novel, TERMINAL IMPACT, coming out in hardcover, audiobook and digital on November 1. In about 10 days, I have more than 4000 people who have clicked on the post and looked at it. The post takes them to the Penguin Random House webpage featuring TERMINAL IMPACT. But will that sell any books? And shouldn’t my publisher be spending the C-note instead of me?

Bang for the buck is my idea. And yes, if we want our books to sell, we have to put forth the effort to publicize them. But spend the money smartly. For each dollar, we need results. The idea is to have a million people become aware of the title, and want to look inside. Then it’s up to our wonderful writing and compelling stories to set the hook and reel that fish home. It’s a numbers game. Just like catching lots of fish, you’ve got to put out the chum, unless you land in a big school of mullet.

Now, I got a decent advance on my books, and I think that the fat advance is also a key ingredient that encourages the publisher and their understaffed sales and publicity departments to put the new title on their front burners. The more pork they have hanging in the fire, the harder they work to pull their exposed porks from the flames and sell your books.

Remember, no publisher is doing you any favor by publishing your book. They’re in it for the money. They won’t publish a page unless they think they can turn a profit with it. That brings it back to the writer’s doorstep. The book has to be super hot, compelling and a story the hungry book hogs will inhale.

Don’t buy into any publisher saying, “I’ll do you the favor of publishing this very questionable manuscript, but you have to take nothing for it, and no promises.” If you sell your book for flattery, then the few copies the publisher sells to your small circle of friends, and the marginal profit they make that is added to the thousands of other marginal books whose marginal profits makes the publisher’s nut, is all you get. Don’t work for flattery.

If the book is good enough to interest a publisher to want to print it and sell it, then I suspect another publisher out there might pay a few coins more for the privilege. A good agent knows this. Shop it around, and see what comes.

And beware, many agents today are like that lawyer we all see on TV. You know, “The Strong Arm.” He’ll get you money for your injuries, fast. “I got a hundred thousand dollars!” the paid shill says, trying to look like a customer. These lawyers work on volume business and fast settlements. A seemingly growing number of agents (like the tide of flotsam and jetsam that clogs the ebook market today) are working that same numbers game. Grab a title that might sell, show it to an editor who wants to finish a list, get a contract with a few bucks advance, and make the author feel like the newly crowned prom queen (or king).

Even though I have been with my publisher more than 30 years now, my agent of more than 30 years, shops my stuff around to the other major publishing houses. When he walks in the door, editors know they have to fight and make an honest offer to get the contract. They know they’re not doing me a favor, and they know I know it. Like the wise guys say, “It’s just business. Nothing personal.”

But when a publisher pays a lot of money up front, they are motivated to work hard at selling the book. They open every avenue that will return their investment, plus a profit. That’s how it works.

Like female hitman Irene Walker said of the Prizzi family in Richard Condon’s bestselling mafia satire (published by my publisher and edited by my first editor, and made into a great motion picture by Steven Spielberg, directed by the late, great John Huston), PRIZZI’S HONOR, “They’d eat their children before they’d part with money. And they LOVE their children!”

Keep saying to yourself what Irene told her hitman lover Charley Partanna as the publisher smiles like a used car salesman offering a “great deal,” wanting you to think it’s more than you really deserve, especially if you’re a virgin. They’d eat their children before they’d part with money. And they LOVE their children!

You want your book publicized and sold, don’t do the deal until you and your agent know it’s the deal that will commit the publisher into working hard to get back his nut and a little juice on top.

One thought on “America’s next bestselling novel, or not”