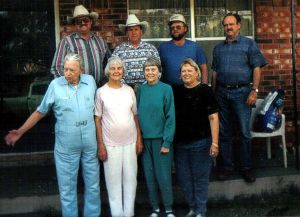 I know a man here in Colorado who used to have a good life. Then as he aged past sixty, and like the rest of us past sixty, became a little forgetful. Especially at the end of the day. But only once in awhile. He got confused about people’s names when he was tired, could not remember names right off. Had to stop and think a minute. Very frustrating. The bumbling cost him. He lost his freedom. Not overnight, but bit by bit.

Living at high altitude and having an aging brain is no fun. I know. I am over sixty and live at seven-thousand three-hundred feet. I have to stop and think to remember, and sometimes can’t. Lack of sufficient oxygen at high altitude causes the brain to not function as quickly and sharply as it does at sea level, where the oxygen is ample. In my Marine Corps days, I went through high altitude training, spent time in a hypobaric chamber experiencing the effects of hypoxia. Even an in-shape Marine starts forgetting and getting confused. So an old brain at seven-thousand plus feet altitude at the end of the day is not real sharp. And that is normal. Doesn’t make us crazy or inept, or require us to have the State of Colorado declare us diminished and take all we own and put us in a home. But that is what happens to some of us, if we don’t keep our guards up.

This fellow I mention who lost his freedom, and is today fighting for it back, made a few other mistakes. Just dumb decisions. He met a younger woman and had a baby with her, and then gave her about $70-thousand dollars. I would think that a man taking responsibility for a baby is the right thing to do, but that act was a strike against him. Next mistake: he filed his own taxes. He owned a lot of rental properties and other real estate investments, and his taxes were a complex issue. I file my own taxes too, but mine are much simpler. Yet, even the simple matter of filing a 1040 with Schedule C and Schedule F is really not recommended for the unschooled and inexperienced. I am pretty savvy of tax laws and processes, and still, I hire a CPA to review everything, just to keep me out of the jug. Audits are no problem for me, and I have solid, easy to follow records. However, this man I know did not. The Internal Revenue Service audited him and discovered a chain of mistakes that cost a good deal of money in back taxes owed, and penalties. IRS penalties are horrible, but what can you do?

The money to the girlfriend with the baby and the tax mistakes, nothing criminal just honest errors, were strike two and strike three.

Because this fellow had a now shaky hand when he signed a check, and because he forgot names or confused people’s names, and because of the girlfriend with the baby and the tax errors, the man’s family went to the Department of Human Services and told the Adult Abuse and Neglect case workers that this fellow over sixty was not capable any longer of taking care of himself, and needed an Elder Guardian assigned to him. For his own good.

Now, I have talked to this man, and I know him. He is about as sharp as I am, and on par with all my friends who are older than sixty years of age too.

So, the El Paso County Department of Human Services steps in and takes over the man’s life. They assign the man’s sibling as his guardian. This sibling has money, but no rich person ever has enough. Right? They close all of his rental properties and put them on the market for sale. They sell the properties at bargain prices, well under fair market value. They need to unload, and the Elder Care Unit of DHS does not have time to pussyfoot around. They even put the man’s own home on the market.

This fellow tries to fight back. He hires a lawyer, but cannot pay him. All his money has dried up and has been taken from him by DHS and the family.

They run him through the DHS Family Court, a judge that sits on all the DHS elder welfare cases and knows the case workers by first name. Very casual, and I regard very problematic. The fox is in the hen house, and nobody is really on the old guy’s side, except for a lawyer who isn’t getting paid unless he wins back the man’s freedom and rights to own and control his own life.

So, what has happened to this man’s Constitutional Freedom? Well, he’s old. Due process of law and all the Fourth, Fifth and Fourteenth Amendment Rights we as citizens are guaranteed by the US Constitution do not matter. He’s old. Declared by a Kangaroo Judge working in the DHS wing that he is not able to care for himself.

What scares me and should scare every person over sixty years of age is this: Some bureaucrat working in the Department of Human Services can one day simply decide that I am too feeble and too mentally unstable to be on my own. The state takes all that I own, sells it and puts me in a home. Incarcerates me against my will, defies my Rights to Life, Liberty and Pursuit of Happiness. And my Crime is that I am old.

Due process is shot out the window because I have had all my money taken from me, and I cannot pay a lawyer. I am at the will of a judge that works for DHS full time. Yes, one sided.

This scares me to no end. 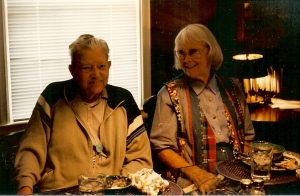 Several years ago, I sat with my brother at my mother’s doctor’s office, sitting at a conference table. They had ushered my mother to the waiting room, because this was a matter in which she had no say. The doctor meant well, he had his Elder Care nurse and a psychologist there. Also sitting at the table was the Case Worker from the El Paso County Department of Human Services. What they told my brother and me was that we had no choice. My mother had to go live, against her will, in an Assisted Living group home. In their opinions she required full time professional watching, because my brother and I nor any of our siblings were, in their opinions, capable of taking care of her.

My mother was old. She had no say in it.

Yes, she needed care and assistance. But that choice should have been her choice, not mine or my brother’s. Certainly not the State’s choice. However, it did not matter what I or my brother wanted, and certainly not what my mother wanted. The State made its decision and took over my mother’s life.

When my mother died, I stood at the foot of her bed. She struggled to breathe, and the doctor sedated her heavily. We watched her finally die, taking that last gasp. She was finally free. Able to be with my dad and my sister and others of our family. Her soul was now with God.

I thought of the several years she lived in that “home.” How she hated it. How she missed being surrounded by her family. We stood in prayer around her, and I thanked God for finally letting her again be free.

I told the attending physician that I would not die like that. No hoses or tubes or hospital incarceration for me. No sir! I told him that I intended to finish my life like Moses. I would take a walk with God, over the mountain, into a valley and God could take me home. I want to end my life standing up. Walking under my own power!

I got a warning about talking like that. The State, the El Paso County Department of Human Services would send an Elder Care case worker to get me. They just might decide that with me saying that I will end my life my own way, walking over the mountain with the Holy Spirit by my side, demonstrated that I suffered diminished capacity and required a guardian. To ensure I do not hurt myself, or take any walks over a cliff. After all, I am over sixty years of age, and today that is a crime.

Yet today, if you are old, you just may not have a say about your freedom. Your liberty is in the hands of a welfare case worker and his pal, the DHS judge.

Yes, that does scare me. That’s why I pack heat.

Oh, I probably should not have said that last part. Packing a gun and being old is definitely something that can get me locked up. Just for being over sixty and wanting to live on my own, a free man.

One thought on “What Scares Old People”